(this is a demo site)

(this is a demo site)

Send the check to the next Address:

New Note is a project designed to support and promote the talents of young emerging jazz composers by providing commissions for new works which will be premiered at local jazz venues. This project adds another component in the organization’s mission to help preserve the future of jazz by identifying and nurturing young jazz musicians of tomorrow.

A selection committee reviews possible candidates for commissions and makes a decision based on a record of achievement and recognition as a composer and musician.   Each candidate must be known as a “rising star” among young audiences and someone who has an appreciation for the history of jazz as well as an eye to the future, providing a unique and innovative approach to music.  Compositions must be completed and reviewed no later than one month prior to presentation.

The Jazz Society encourages, but does not require, compositions  that reflect the feel and culture of Los Angeles.

The Jazz Society has been pleased to partner with the annual Angel City Jazz Festival in premiering the works of its young composers.

2013: The first commission was awarded to pianist/composer, Richard Sears, who composed a 45- minute suite in honor of jazz drummer, Tootie Heath.  The new work was presented at the Angel City Jazz Festival held at the John Anson Ford Theatre in Hollywood and received a standing ovation as well as special positive attention in a Los Angeles Times review of the event.

2014: The Society’s commission was made to award-winning pianist and composer, Cathlene Pineda, who received an M.F.A. in composition and improvisation from the California Institute of the Arts.  Her 45-minute suite is based on the Los Angeles City themed poetry of Eloise Klein Healy, past Los Angeles poet laureate, and was premiered at the Music Center’s prestigious Red Cat Theatre.

2015: Alto saxophonist and composer, Josh Johnson, was awarded this year’s commission and he chose his Los Angeles based theme on the 1992 Rodney King riots.  His 45-minute suite represented his personal response as an African American to the civil unrest and it relevance to issues confronting the city and country to this day.

2016: The fourth commission was awarded to drummer/composer Jose “Gurri” Gurria, who wrote a 45-minute suite entitled, Street Signs: A Love Letter to the Angel City, which was premiered at the John Anson Ford Theatre.

2017: Trombonist/pianist/composer/arranger, Jonah Levine, received the commission and composed his 45-minute suite based on the South Central Farm as documented in the 2008 film, The Garden.  It was premiered at the Moss Theatre in Santa Monica.

2018: The Society awarded its commission to California Institute of art graduate, Lauren Baba; violinist, violist, composer and improviser She is the composer and the director of her 17- piece big band , the BABA orchestra.  Her composition is entitled Marigold and is described by the composer as inspired by her immigrant grandparents from Syria and Greece and their successes in their restaurant, Marigold.  Lauren believes this is a Los Angeles story about immigrants. The composition was premiered with Lauren’s orchestra at the John Anson Ford Theatre.

2019:   Pianist, keyboardist, composer and arranger, Jacob Mann, received a commission and chose as his theme a musical portrait of the six Metro Rail Lines.  The aim is to highlight how vast and diverse the city is and the different mood and neighborhoods one can experience. The work was premiered at the Angel City Jazz Festival held at the L.A. County Museum of Art. 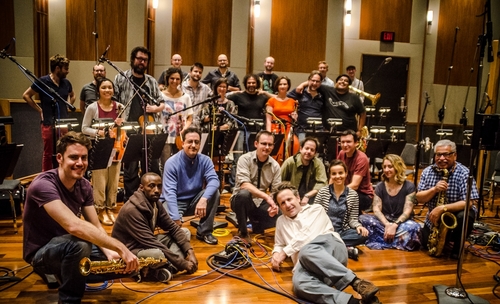 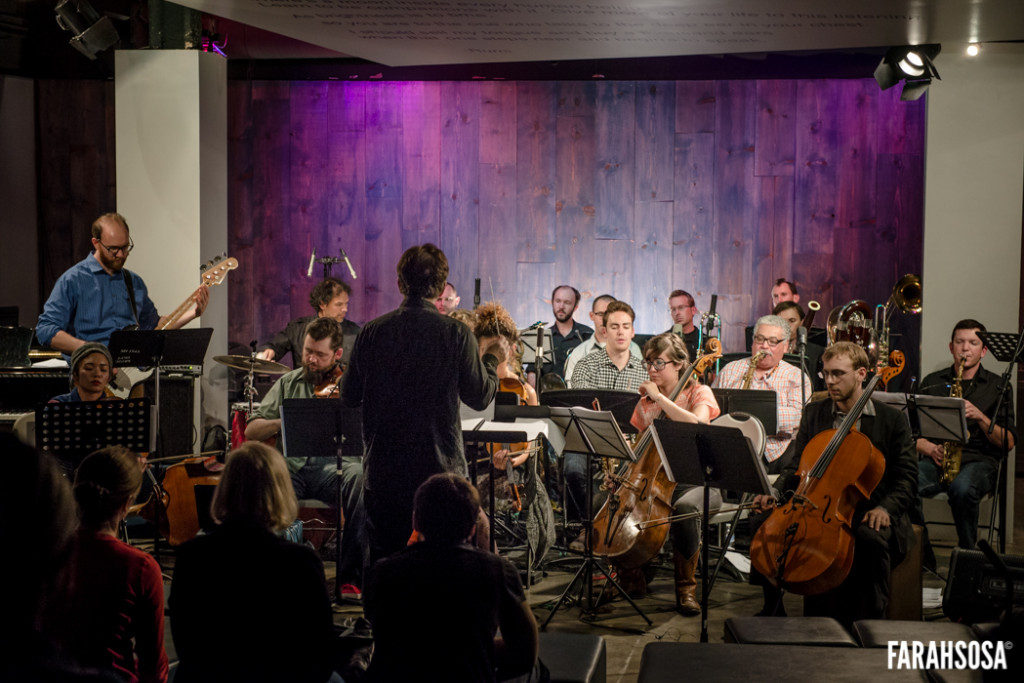