In his early career, although performing with various ensembles at CSN, research and study of the Development of Music of the Caribbean and Amazonian Region of South America consumed most of his time. After Graduating he went to work for the Motion Picture Industry as a Sound technician in post – production and worked occasionally as a Music Copyist – at which point he bought his first Vibraphone set.

From that point on he listened to, and learned to play, all music he found on radio stations from the east coast.  As every vibraphonist knows, playing Vibraphones takes one to places that one would never see or experience without them. 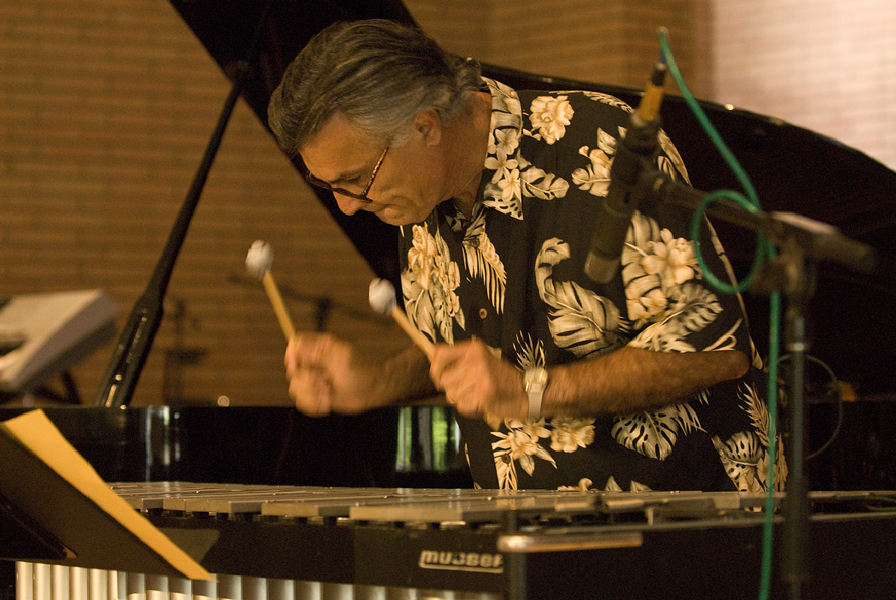 A few of Garth’s Performances:

In 1998 he was playing with Tjade at Papa Shan in Beverly Hills and somebody named Mal Sands came out to see the group… At that time, Garth didn’t know what the LA Jazz Society’s Vibe Summit was – The rest is History – Thank You so much Mal.