Jazz lovers and jazz artists came together to celebrate some of the music’s great talents at the 30th Anniversary Los Angeles Jazz Tribute Awards Dinner and Concert on October 27, 2013.

It was also a night for the jazz community to pay homage to the highly-respected flutist and saxophonist Hubert Laws who received a Lifetime Achievement Award for a career spanning over 40 years in jazz, classical and other music genres.

Each year the Jazz Society also recognizes an extraordinary new talent with the Shelly Manne Memorial New Talent Award. This year’s recipient was 14 year-old drummer/percussionist, Alex Smith, who was presented with his award by Jazz Society President, Florence “Flip” Manne.

A concert featuring the honored musicians began with the Alex Smith Trio. Hubert Laws delivered a lush rendition of Lush Life with guitarist Larry Koonse, then was joined by Tierney Sutton (presenter of his award) on vocals. Charles Owens and Maestro Delbert Taylor with Leslie Baker on bass and Dr. Maria Martinez on drums performed Wildfire and an Ellington Medley. Bringing it full circle in a Latin Jazz frenzy, and a conga line through the ballroom, the Escovedo Family and their band had the crowd dancing in a joyful conclusion to the evening with Sheila E leading on The E Medley, Pete Escovedo crooning Fly to the Moon, and the band wrapping it all up with What Ya Gonna Do? 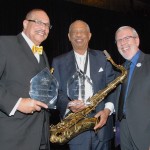 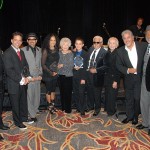 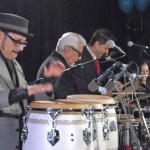 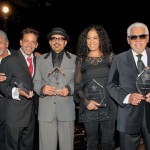 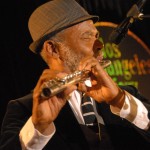 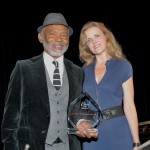 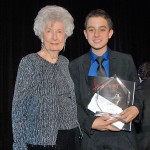 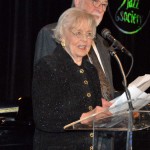 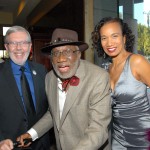 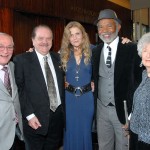